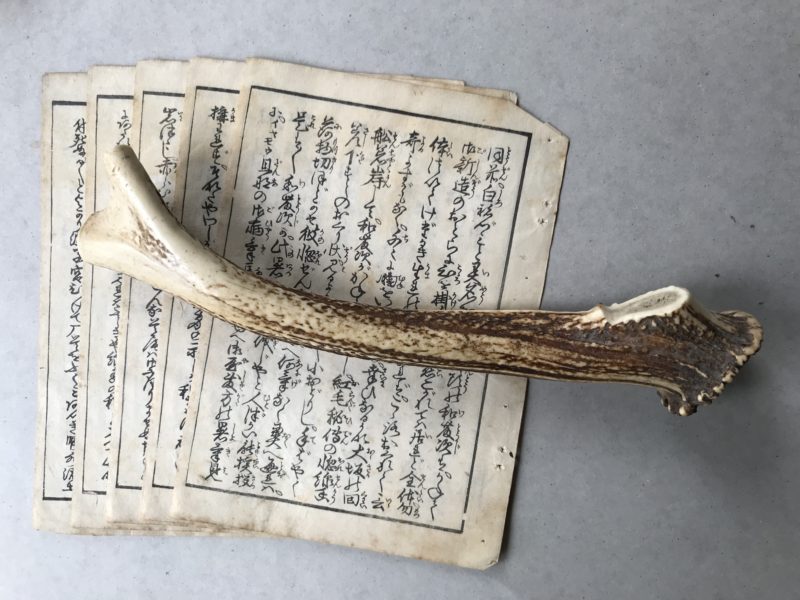 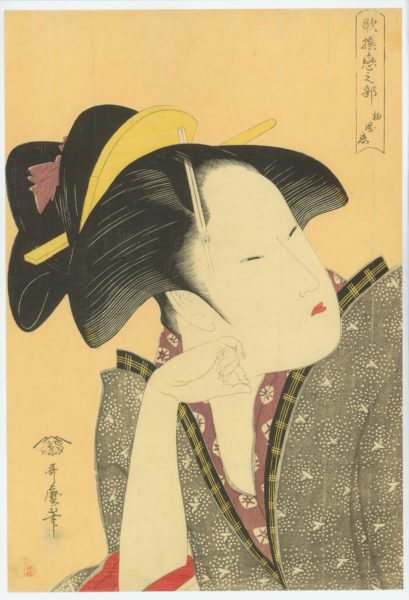 Today, I found Sebastian Izzard’s latest Asian Art Catalogue 15 in the post. Its cover features a detail of a print by Kitagawa Utamaro. Titled Pensive Love (Mono omou koi), or Wistful Love as it is called in the catalogue #23, it has a bust-portrait of some Japanese woman resting her head upon her right arm and staring to the ceiling (?). She is wearing a grey kimono with a repeated pattern of plovers, chidori, surrounded by numerous dots, over a kimono with a crossed pattern in yellow on a black ground, and an under kimono with a tie-dyed starfish pattern in purple. Otherwise, we can notice that her hairdo is fixed by just one wooden comb and one simple wooden hairpin, and finished with one metal (?) hairpin featuring a decoration of a stylised paulownia flower, kiri, and a purple ribbon. Moreover, her eyebrows are shaven, suggesting she is a married woman, or possibly some courtesan employed in the Yoshiwara licensed quarters of Edo, present-day Tokyo. END_OF_DOCUMENT_TOKEN_TO_BE_REPLACED